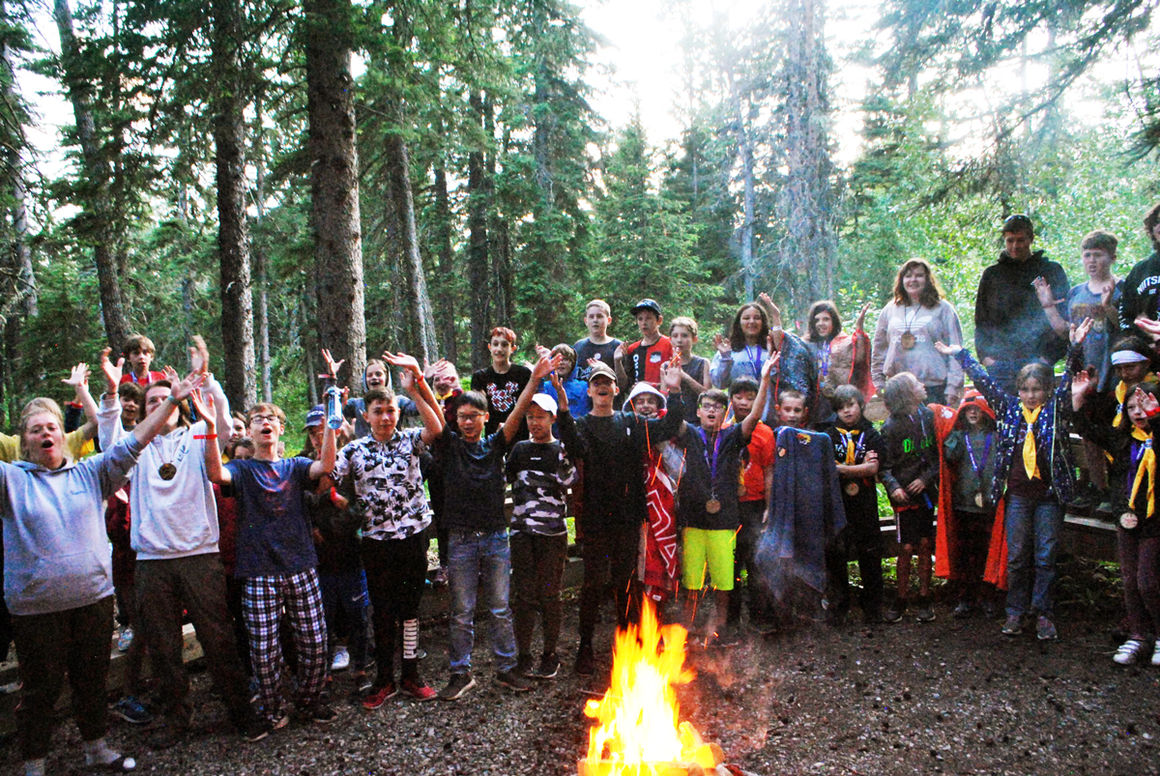 For more than 50 years, Camp Impeesa has been a place where legendary stories are told around the campfire. Get ready to make new memories and hear those legends plus some new stories at our outdoor summer camps in Southern Alberta.

The Wolf That Never Sleeps

Chief Scout and Scouting movement founder Robert Baden-Powell was a British army officer who travelled all over the world. On one of his travels to Africa, he was given the nickname Matabele Impeesa, which roughly translates as “the hyena that does not sleep, but walks about at night.” The nickname became famous and was later translated in English as “the wolf that never sleeps.” Today, Baden-Powell’s legacy lives on right here at our summer camps for kids, where the call of the wolf is never far.

Back in 1967 as part of Canada’s centenary, Scouts Canada acquired a parcel of land on Beaver Mines Lake south of Pincher Creek. Camp Impeesa was born. Since that time, Scouts and non-Scouts on backpacking adventures and hiking trips have explored the alpine and forested terrain around nearby Table Mountain and the Castle Wilderness area. Their stories have passed through the generations, including from parents whose kids are now having their first overnight camp experience.

Legends of the Wild

While bears and cougars tend to stay away from our campsite, our campers and staff have spotted wildlife in the Castle Wilderness area. This includes bears, big-horned sheep, deer, lynx, and many species of birds. For that reason, those who work at our summer camps in Alberta receive wilderness training.

Parks Alberta conservation officers recently visited the camp to lead a bear awareness workshop. Participants were timed for their reaction while spraying bear spray at a charging ursine. Don't worry. It was actually inert bear spray, and the bear was a mechanical stuffed foam bear.

Camp Impeesa also has four resident animals —three horses and a mule— that campers love to visit, especially when some quiet time is needed.

When the sun sets, tent groups sit around the campfire to tell stories of their day. All of our one-week summer camps end with a ceremonial fire, where campers sing Scouting songs and re-enact a story read by camp staff. You can imagine the result: laughter that echoes off the lake and mountain.

The CIT program is a great way for returning and older campers to build leadership skills while having fun with summer camp activities. During the second week of camp, CITs shadow our counsellors in leading our younger campers and passing on the skills they have learned.

Learn more about the fun adventures ahead by reading: Things to Look Forward to at Camp Impeesa’s Summer Camp in 2019.

Spots are filling up quickly for Camp Impeesa’s remaining summer camps for kids and teens. Contact us at 1-866-215-0790 ext. 1 for more information or register online.